Think your gas furnace still uses a pilot light? Think again. Unless your furnace is relatively old, it is likely that it no longer uses a pilot light as its ignition source. Commonly known as a "standing" pilot light, this form of ignition keeps a constant flame burning to ignite the primary burner as needed. This form of ignition was straightforward and did not require any electricity, but it was also somewhat inefficient since gas was needed to keep the pilot light going. Modern furnaces use electric igniters to skirt around this issue, so it is useful to recognize when your furnace's igniter may be failing.

The Types of Electric Igniters

Modern furnaces tend to use one of two types of electric ignition systems. The first type of similar to the old standing pilot light, but it operates more efficiently. Instead of keeping a pilot light burning at all times, it uses an electric spark to ignite the pilot as needed. Once ignited, the intermittent pilot light can be used to ignite the main burner. This style of pilot light is drastically more efficient since there is no need to supply a trickle of gas to keep a standing light lit at all times.

The second type of ignition system is even more straightforward. Known as a hot surface igniter, this simple device uses electricity to generate heat. A flame sensor waits until the heating element is warm enough, and then gas is allowed to flow into the main burner. The heat from the igniter triggers combustion and the main burner lights without the need for a standing or intermittent pilot light.

One of the critical differences between standing pilot lights and modern electric igniters is that modern igniters are not running continuously. If a standing pilot light failed, your furnace would not run at all. With modern electric igniters, failures can be significantly more irregular. An intermittent pilot light may fail to spark occasionally, resulting in your furnace cycling more often or failing to run when it should. Likewise, a bad hot surface igniter element may not produce enough heat to light the burner immediately or it may be unable to provide a steady flame.

Of course, an igniter that is worn out entirely will produce the exact same symptoms as a bad pilot light: no heat at all. You should be especially suspicious of the ignition system if your furnace suddenly fails to run following more mild symptoms, such as reduced heat or quick cycling.

If your furnace igniter has failed, then all is not lost. Repairing an electric igniter is relatively straightforward, and rarely costs more than a few hundred dollars. The bulk of this cost is labor, as the igniters themselves are relatively cheap components. Since a weak igniter will become progressively less effective over time, it is generally a good idea to contact a furnace repair contractor at the first sign of trouble to avoid any interruption in your home's heating system. 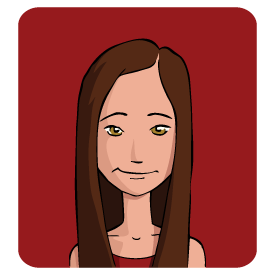 I know it can be difficult to make yourself think about getting your furnace running when the skies are sunny and the temperatures are hovering around 90, but it is the best time for you to think about your heating system. Getting ahead of the winter preparation game will help to save on the cost of the repairs because the need for furnace maintenance is usually at a low during the fall season. This blog will show you what you can do to prepare your furnace for winter and when you should hire a professional HVAC technician to take care of it for you.